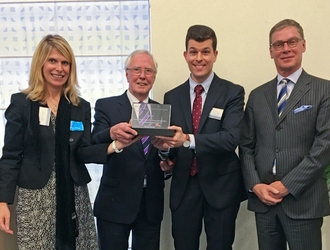 The scientific committee of the fourth EACB award for young researchers on co-operative banks, after careful selection and according to the criteria established in the Call for Papers, has selected the following winner:

Marco Migliorelli, 'The transmission of the monetary policy in the Euro area: The role of the banks' business model'

Giorgio Caselli received his prize during the EACB Academic Conference held in Brussels on the 1st of June 2016.