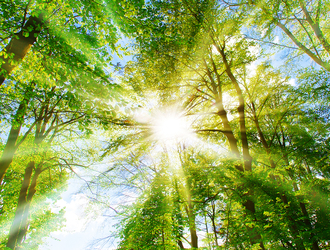 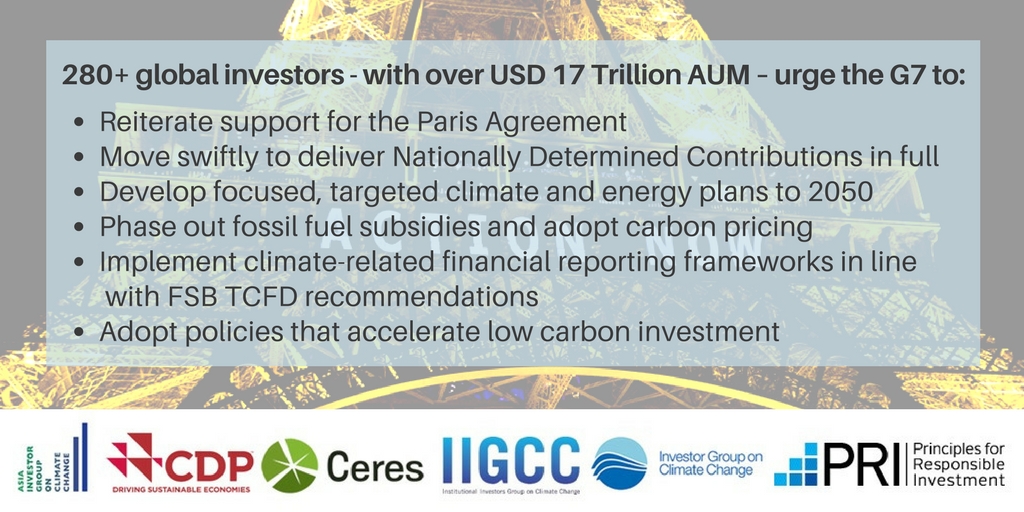 Over 280 Global investors (managing more than $17 trillion in assests), amongst which some EACB members, urge G7 to stand by Paris Agreement and drive its swift implementation.

UNEP FI Signatories, including banks and insurers, are encouraged to signal to the G7 and G20 their support for the Paris Agreement and its implementation worldwide by signing the 2017 global investor letter on climate change. The letter calls on governments to:
•    Continue to support and implement the Paris Agreement, including the implementation of nationally-determined contributions and 2050 climate plans to achieve the goals of the agreement
•    Drive investment into the transition to low carbon by aligning climate-related policies, phasing out fossil fuel subsidies and including carbon pricing where appropriate
•    Implement climate-related financial reporting frameworks, including supporting the Financial Stability Board Task Force on Climate-related Financial Disclosures’ recommendations

This letter will be sent to the heads of state of the Group of 7 nations (Canada, France, Germany, Japan, Italy, the UK. and the US.) and released to the press in advance of the G7 summit on 25-26 May 2017.  It will also form the basis of future communications to the G20 to support ongoing engagement

Download the briefing paper for G7 and G20 leaders