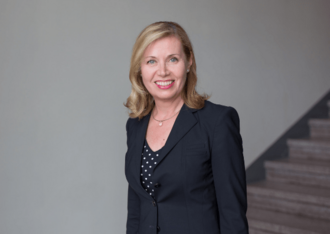 Leena Mörttinen is the Director General (Financial Markets Department) at the Ministry of Finance. She is also a Member of the Board of Directors at the Metsä Group. She has a doctoral degree in Economics from the University of Helsinki. She has previously worked at the European Central Bank (Senior Economist), the Bank of Finland (Advisor), the Nordea Bank (Chief Economist and Director for European Affairs), the Confederation of Finnish Industries (Director, Competiveness and growth) and the Finnish Family Firms Association (Executive Director).

Dear Ms Mörttinen, since the 1st of July, Finland has been holding the Presidency of the Council of the European Union. What are the main priorities of this Presidency related to the financial services sector?

The global economic and political environment is changing. Europe needs to be prepared to be proactive and to bring stability with its own policies to the global scene. This is reflected in the priorities of the Finnish Presidency by emphasizing the importance of deepening the internal markets, sustainability and security.

Aligned with this thinking, the main priorities for the financial services are enhancement of the capital market union, promotion of sustainable finance, countering hybrid threats and prevention of money laundering.

On the 12th of June, the EU Commission launched its communication on the progress of the deepening the economic and monetary union, what do you think might be key developments in the near future on that matter ?

The Banking Union and the Capital Markets Union are interlinked. It is clear that the Banking Union needs to be finalized from both risk reduction and risk sharing ends, yet in appropriate sequence. The Banking Union is about breaking the sovereign-bank nexus, and one element which should clearly gain much more attention is the regulatory treatment of sovereign exposures. However, the success of the banking union is dependent on the success of the Capital Markets Union. And although a lot has been done on the CMU we believe that more progress is needed in order to tap the full potential of European markets. Importantly, a genuine and well-functioning CMU would reduce debt bias in European finance. With wider and deeper EU capital markets the international role of the Euro will be enhanced as well. Finally, simpler and better enforceable fiscal rules as well as a credible sovereign debt restructuring mechanism can also be considered as essential parts of the EMU.

Co-operative banks play a key role in Finland economy with more than one third of market share. How do you see this sector in the context of the banking union?

As in, for instance, France, Germany and Austria, co-operative banks have indeed a significant market share in Finland particularly in retail banking. The banking sector is undergoing a significant technology-driven change that will shape banks’ business models as well. Diversity of governance structures and ownership models is always a good thing and in particular as the industry is reshaping itself. From the regulatory perspective, it is therefore valuable to maintain a neutral approach: banks should be treated equally regardless of governance and ownership structures but without overlooking rules on safe and sound banking and well-functioning bank supervision. However, when speaking about co-operative banks specifically, there are great examples both in Finland and elsewhere in Europe of co-operative banks having been able to proactively reform their business and finding innovative solutions when facing changes in the economy and technology. This flexibility has become even more important now in the current political, economic, regulatory and technological environment.