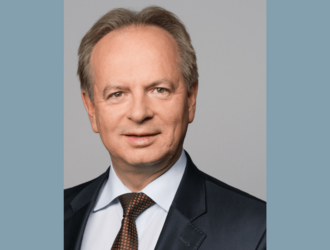 Gerhard Hofmann is President of the European Association of Co-operative Banks (EACB). He is also a member of the Board of Managing Directors of the Bundesverband der Deutschen Volksbanken und Raiffeisenbanken (BVR). From 2009 to 2013, Mr Hofmann was a Member of the European Financial Reporting Advisory Group (EFRAG) Supervisory Board based in Brussels. From 2010 to 2011 and in 2013, he was Vice-Chairman of the European Banking Industry Committee (EBIC).

Dear Mr. Hofmann, as the President of the EACB, how do you see the main challenges and opportunities for co-operatives banks for the starting year?

In 2020, Co-operative banks will continue to be a key driver for an “economy that works for people” by maintaining and further improving their strong position in the loan and deposit business with SMEs and private households. Co-operative banks’ specificities, the resilience of their business and governance models are an asset for Europe and a catalyst for the real economy, the regions and social cohesion. The role of co-operative banks is even more crucial if we consider that the EU goals regarding sustainable finance and the transition towards a more sustainable economy require huge investments. That being said, a few regulatory trends emerge that will be of particular importance for co-operative banks.

Co-operative banks call for an appropriate legislative framework that stimulates investment and innovation but also allows risk-taking, otherwise growth and consequently employment will be hampered. Hence, legislative and regulatory measures must be incentive-based and not punitive. In contrast, the regulatory framework adopted over the past years has led to a tremendous increase in complexity, resulting in an extensive administrative burden. Moreover, additional constraints in terms of capital, liquidity and governance requirements have been introduced. As a result, the competitiveness of the European economy and the profitability of banks – which determines banks’ resilience – suffered.

A central piece of the regulatory reforms, Basel IV, still needs to be implemented in the EU. Implementing the “Basel IV” proposals (which include among others the revisions of the credit risk, operational risk and the so-called output floor) by 2027 will certainly be a major element of discussion for the near future. In particular, ensuring that there will be no unintended consequences for the capital flow to the real economy and the support for local communities. Moreover, without proper adjustments the Basel IV implementation will cause a massive increase of capital requirements, which however would be in conflict with the promise of the G20 and the BCBS. Avoiding a disproportionate burden in the context of the implementation of Basel IV, and avoiding any competitive distortion vis à vis non-EU banks will be key areas of focus.

Which other topics are still on the regulatory agenda?

The EACB will also remain very active in the discussions on the issue of resolution of co-operative banks in case of a crisis. The European resolution regime is still relatively new and has just been applied in a handful of cases. Thus, there is no real track record on bank resolution cases and numerous questions arise when dealing with different legal forms and organizational structures. We must ensure that the new rules will not penalize the co-operative business model, its legal form or organizational setup when applying the requirements of the resolution framework. The full range of elements available in the resolution toolkit are thoroughly examined. Co-operative banks encourage rule makers and authorities to consider carefully the adverse effect of a too close alignment with a single uniform banking business model. The diversity of banking business models contributes to financial stability through better risk diversification and allows more freedom of choice for consumers. We believe that a strong alignment of rules to specific business models, leads to marginalisation of biodiversity with detrimental impact on competition and stability, but also exclusion of certain customers and economic segments of society.

Co-operative banks attach great importance to Sustainable Finance, they support measures against climate change and the initiatives taken by the EU to tackle it. From that perspective, we welcome the new European Commission’s strategic pillar: a “European Green Deal”, as an ambitious package that should make Europe the world’s first climate-neutral continent by 2050. This package is accompanied by an initial roadmap of key policies, which include a new “Green Finance Strategy” to be unveiled at the end of 2020. Co-operative banks are looking forward to contribute to the strategy and to the new Platform for Sustainable Finance so did the co-operative banks when they have contributed to the current Action Plan and to the work of TEG (Technical Expert Group on Sustainable Finance), where the EACB holds a seat. Indeed, since their origins, co-operative banks have a long-term strategy that contributes to their own sustainable development and to sustainable finance. Nowadays co-operative banks play a crucial role in financing the energy transition process and energy efficiency measures, in particular at local and regional level that is fundamental for real change. Thus, they are enablers for key activities in the transition – such as mortgages for energy efficiency, installation of solar panels, biomass power, etc. While the co-operative banks strongly support all efforts to fight the climate change, they advocate efficient rules and regulations, which provide incentives to markets instead of overburden them with red tape. In 2019, we have had fruitful exchanges with EU Institutions, the ESAs, the EFRAG Lab, the central banks and the NGFS (Network for Greening the Financial system) on the different aspects of the sustainable finance. Given the high priority of the European Green Deal and the recent transition in the new EU Commission’s strategy, we will keep our strong level of involvement in 2020.

Moreover, the EACB has been active for many years in fostering and advancing the sustainability debate among its own members including through sharing of best practices. The EACB did that in collaboration with stakeholders like GRI, ESG rating agencies, UNEP-FI or CSR Europe. In 2018, the EACB became an early endorser of the UNEP FI Principle for Responsible Baking (PRB) that has led to the official signature of currently 11 co-operative banking groups, all members of EACB.

Which issues are on the horizon in the area of financial consumer protection?

If we take a look at the product and client side of the bank where the business is conducted and income is generated, there is a lot of work to do. 2019 saw a myriad of retail banking legislation initiatives taking off, in the form of evaluations and reviews of existing legislation, ranging from consumer credit, mortgage credit, bank accounts, interchange fees to investment services. The EACB already contributed to these evaluations and reviews in 2019 in various forms, notably by providing input to consultant research on the effectiveness of the relevant legal provisions, by pro-actively gathering information and informing the Commission which aspects could be improved or by responding to consultations. We expect the relevant review and evaluation processes to move into the next phase in 2020 and we will devote a large part of EACB resources to the discussions around these topics.

2020 will also be the year in which the banking industry, including co-operative banks, will have to make some important decisions in the area of payments. At the end of 2019 both Commission and European Central Bank stressed again the need for strategic autonomy in payments for Europe and called upon the market to develop EU governed instant payment based solutions capable of competing with non-European ones.

For this new year, more than ever, the core values of the co-operative banking business model such as proximity, trust, sustainability, members’ key role and long term approach will be a defining strength for the European economy and the key to our success to move in the future confidently.

2020 is the year of the EACB 50th Anniversary, why is it important?

A 50th anniversary is an important moment in the life of any industry association, of course for the EACB, too. It is an illustration of its solid foundation, its credibility acquired over the years and the recognition for the work carried out by the secretariat in Brussels to promote the co-operative banking business model. To mark this anniversary, the EACB has planned a communication campaign, culminating in the 8th Convention on Co-operative Banks that will be held in Brussels on the 27th of October. The EACB Convention is a unique event in the co-operative world, meant to promote an open dialogue between co-operative banks, regulators, supervisors, and members of the European Parliament. Other online initiatives are scheduled for the year to come to be discovered in the first months of 2020.

Personally, I would like to add that I greatly appreciate the expertise and dedication of the EACB as well as the joint work in the Board. Despite all the differences that exist within the European co-operative banking family, our common values unite us. They are still worthwhile to work and sometimes to fight for. Let us keep up the excellent spirit and friendship.