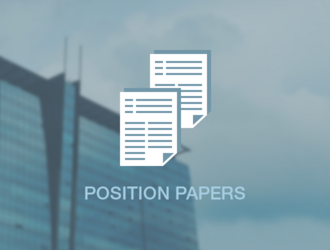 EACB appreciates the work of BCBS on the securitization framework and the opportunity to express its views on the resulting consultation paper and the proposed changes.

We would like to remind that co-operative banks’ business model is not based on selling commoditised credits (OTD, “originate to distribute”) but, with the aim of responding to the needs of their members/customers, it is based on a more traditional “intermediation role” along the OTH (“originate to hold”) model. Nevertheless, on behalf of a few co-operative banks, EACB would like to put forward a some concerns relating the proposed methodology:

Thus, the hierarchy should rather be:

More details about our main concerns can be found in the responses to the specific questions. For the full position paper please download the PDF