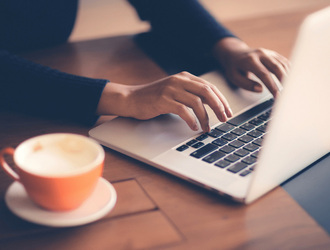 The DEBRA plans have an impact on the neutrality that taxation is always said to have according to EU principles. Both a thin cap rule and a notional interest deduction will influence the economic choices of businesses in their financing decisions.

Leverage generally refers to using debt capital as a source of financing of an investment with the view to expand a firm's asset base and generate greater returns on venture capital. Companies borrow primarily because of this leverage, rather than because of the tax benefit of interest deductions. Thus, in our view, a proposal to create DEBRA should only affect situations where more debt capital is used than is prudently justified.

Furthermore, a bank is to be seen differently from a non-financial corporation. In the banking industry, regulators play a much more important role regarding amount of capital than fiscal considerations. Moreover, unlike non-financial companies, it will generally be the case that interest income exceeds interest expense in the banking industry. That is one reason why there should be a carve-out for banks on the new rules.

However, should a carve-out not be granted, it becomes relevant which of the methods to reduce the debt-equity bias would be introduced. The EACB disagrees with disallowing the deductibility of interest payments. As presented in the 2016’s CCCTB impact assessment: “Applying the full non-deductibility of interest paid to the financial sector would represent a disproportionate financial cost for the sector.”

As for an allowance for a notional interest deduction on all corporate equity or new corporate equity, these options do not immediately lead to issues at first sight, as companies get a benefit in the form of an additional deduction. However, based on the results of the 2016’s CCCTB impact assessment and the CORTAX model simulations, these approaches were estimated to significantly decrease total tax revenues. Therefore, in order to achieve budget neutrality, the offsetting corporate income tax rate increases at the Member States’ level would be introduced. In this case, the EACB would prefer not having a carve-out but rather support the approach introducing an allowance for a notional return on equity, because then the increase in the CIT rate would be mitigated.