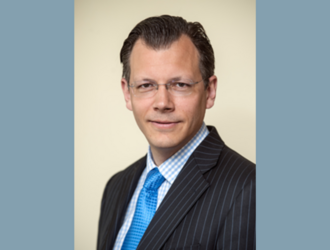 Ulrich Bindseil is the Director General of the ECB’s Directorate General for Market Infrastructures and Payment Systems (DG-MIP) since 1 November 2019. Previously, he had been the ECB’s Director General for Market Operations (since May 2012) and head of the ECB's Risk Management Division (between 2005 and 2008). Ulrich has joined central banking in 1994, namely in the Economics Department of the Deutsche Bundesbank, after his Economics studies. His publications include: Monetary Policy Operations and the Financial System (OUP, 2014); Central banking before 1800 – A rehabilitation (OUP, 2019).

Different Central banks, among which the ECB, have been discussing Central Bank Digital Currencies (CBDC) in recent years, and China may be the most advanced country with its stepped field tests during 2020. What is the reason for the ECB to publish the paper on theDigital Euro right now and what would be tangible benefits for consumers and merchants?

In January 2020 the Governing Council has decided to advance work on the possible issuance of CBDC. The recently published report on digital euro compiles the assessment conducted by the ECB together with the national central banks of the euro area. The report focuses on opportunities, challenges and design features of a possible digital euro, but without making any commitment. It also forms a basis for discussions with citizens, engagements with market participants and public authorities, as well as an active dialogue with non-Eurosystem central banks working on CBDC. We have also launched a public consultation until 12 January 2021, open to all interested parties, to ensure our assesements take into account all relevant stakeholders’ views. We want to be ready to introduce a digital euro should the need arise.

You then may ask why to work on a digital euro and what would be its benefits when other forms of money are already available. In retail payments, consumers and merchants have an array of options to pay: cash, payment cards, mobile and wearable payment apps linked to cards and/or bank accounts, instant bank transfers, and so on. All these options, except for cash, are private money issued by private entitites. Central bank money for retail use is only available in physical form. And this is where a digital euro would fill the gap: it would ensure consumers and merchants continue to have unfettered access to a form of central bank money that meets their needs as the economy turns increasingly digital. Similar to cash, it would be a public good and provide access to a simple, costless, essentially risk-free and trusted digital means of payment, accepted throughout the euro area. It would provide added value in terms of reachability as it could be used anywhere by anyone, simplicity in terms of easiness to understand, use and transfer, and ultimately increase privacy in digital payments as the central bank is free of commercial interests related to consumer data and does not aim to have visibility over transactions, while complying with rules related to digital payment means. It could increase choice, competition and accessibility with regard to digital payments, supporting financial inclusion.

In his keynote speech at the ECB Conference “A new horizon for pan-European payments and digital euro” on Oct. 22, Fabio Panetta explained: "The Eurosystem’s work on a digital euro is an insight into the future of retail payments. A digital euro would make digital central bank money accessible to everyone. It would provide access to a simple, costless, risk-free and trusted digital means of payment that is accepted throughout the euro area." However, any type of infrastructure for a "Digital Euro" would require significant investments. Has any reflection already taken place about the funding of such an infrastructure?

A digital euro would perform a public function and have a value for citizens and businesses, like cash does. It would not replace cash, on the contrary, it would be a complementary form of payment. It would be up to European citizens to decide whether to pay with digital euro instead of cash or private moneys. For the private sector, a collaborative intermediation would be supported, as in today’s cash cycle, where private supervised intermediaries would be able to build new businesses based on digital euro-related services. As regards the future European retail payments landscape, digital euro could be one of the elements alongside the continued provision of cash.

Can you provide us your views on the cooperation between the private banking sector and central banks concerning the "Digital Euro", and what could be the role of cooperative banks in this context?

As stated in the report, a digital euro could be made available for its retail use through supervised intermediaries. Access to digital euro could be via a direct or indirect model. In the former, supervised intermediaries would act as gatekeepers, with a similar role to those of commercial banks in the primary provision of cash to the economy by authenticating end users and dealing with activities such as know-your-customer, anti-money laundering and countering the financing of terrorism, and may also provide the technical connectivity between users and the Eurosystem’s back-end infrastructure. In the latter model, intermediaries would play a more prominent role, including that of settlement agents that would in addition execute digital euro transactions on behalf of their customers, and might provide storage facilities for digital euro holdings (which shall, however, remain a Eurosystem liability at any time).

In sum, supervised intermediaries should be involved at least for the identification and onboarding of entitled users and possibly for the routing of transactions to the central bank infrastructure. In both cases, the private sector could build new businesses based on their digital euro-related services. Irrespective of the access model, the issuance of a digital euro and its back-end infrastructure should remain under the control of the Eurosystem.

A digital euro should be integrated with the current payment systems thereby creating synergies with the services provided by supervised intermediaries and leveraging on private initiatives that are in line with the Eurosystem’s retail payments strategy.