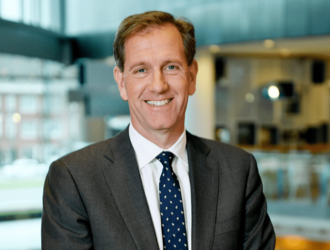 Wiebe Draijer is Vice-President of the EACB and Chairman of the Rabobank Managing Board. From 1990 to 2003, he was employed as a consultant at the McKinsey consultancy firm. In 2004, he was appointed the company's managing partner for The Netherlands and in 2006 for the Benelux countries. As from 1 September 2012, Wiebe Draijer was appointed president of the Social and Economic Council of The Netherlands. He is also Member of the Board of the Dutch Banking Association,Member Supervisory Board Kröller Müller Museum and Member of the Supervisory Board of Staatsbosbeheer (State Forest).