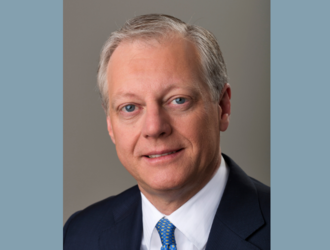 Brussels, 9 July 2020 – The Executive Committee of the European Association of Co-operative Banks (EACB), in its meeting held by videoconference today, elected Berry Marttin, Board Member of Rabobank, as its new President for a term of two years.

Mr. Marttin takes over the Presidency of the Association from Mr. Gerhard Hofmann, Member of the Board of the National Association of German Cooperative Banks (BVR), who had chaired the EACB in the past four years. Mr. Hofmann commented on the end of his term: “It has been a privilege to chair the EACB since 2016. The last four years have been an intense period that has brought many changes in our sector. In its constructive dialogue with policymakers, the EACB has continued to underline the co-operative difference and the need for diversity in the banking landscape in order to avoid legislation being modelled simply on the joint stock company model. I would like to thank the colleagues of the Executive Committee, the members of the working groups and the secretariat for their commitment. I look forward to continuing the co-operation with all my cooperative colleagues and our new Chair, and congratulate Mr. Marttin”.

Berry Marttin also thanked Mr. Hofmann for chairing the EACB during the past four years. “Gerhard Hofmann has been the face of the EACB during the past four years. He has made a major contribution to increasing the visibility of cooperative banks in conferences and panel discussions. His profound knowledge and communication skills have helped us to voice the concern of the European cooperative banks in a very effective way. Thanks to his experience and consensual approach, the association moved forward in a unified way".

Berry Marttin, over the course of his career at Rabobank, has gained extensive experience as an international banker in both wholesale and retail banking working in various senior executive positions internationally. As from 2009, he joined the Managing Board with special focus on Rabobank’s international rural banking activities and further responsibilities for e.g. Leasing, Banking for Food Inspiration Center, the Sustainability domain and Rabobank Foundation.

Newly elected President Berry Marttin commented on his appointment: “The cooperative structure is more than two centuries old. Of course, things have changed as we are transforming to a digital society and a green transformation of our economy. In this setting, the cooperative – that is respecting the interest of all its stakeholders - is more vivid and vital than ever to drive this transformation. The EACB is vocalizing the voice of 84 million members and 209 million customers, with a strong commitment to responsibility and social cohesion. As such, we can help progress towards needed shifts in the local and global community. I’m deeply honoured to have been given the task to chair the EACB and pursue its goals". During the meeting, the EACB Executive Committee also appointed Mr. Gerhard Hofmann as Vice-President and renewed the mandate of Mr. Pierre Edouard Batard, CEO of the National Confederation of Crédit Mutuel as Vice President. In addition, Mr. Augusto dell’Erba, President of Federcasse and Mr. Johannes Rehulka, General Manager of Austrian Raiffeisen Verband were elected as Board Members of the EACB. All mandates are for a term of two years.