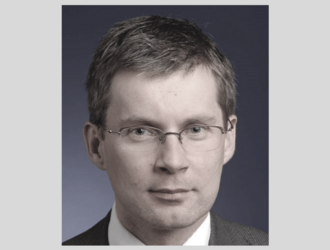 The review of the BRRD is a further step for financial stability. In your opinion, could this limit banks’ capacity to finance investments and growth?

After the 2007/2008 financial crisis, ethics and moral hazard, became top priority of regulators. The key objective of regulatory reform was and still is to prevent that tax payers step in for failing banks. Especially for those banks that are ‘too-big-to-fail’. In November 2015 the G20 endorsed the proposal from the Financial Stability Board (FSB) for a Total Loss-Absorbing Capacity (TLAC). TLAC should assure that global systemically important banks (or G-SIB) have sufficient capital to execute a bail-in without using tax payers money but investors’ money instead. In order to maintain coherence between rules, the TLAC rule is being integrated into the coming version of the BRRD. As a result also changes to the EU concept defined in 2014 BRRD, the Minimum Requirements for own funds and Eligible Liabilities (MREL), are proposed. MREL, which has already been applicable to all EU banks since 2016 under the current version of the BRRD, has the same aims as TLAC but applies to all EU banks, not only to G-SIBs. As such I believe, that the review of the BRRD will indeed be a further step towards financial stability.

However, the Commission’s proposed changes to the CRR, CRD, BRRD and SRMR, which are currently debated in the Parliament and the Council, should also be put in context with the recent Basel agreement of 7 December 2017. The Basel proposals will lead to a substantial increase in Risk Weighted Assets (RWA) for nearly all banks. Both TLAC and MREL are partly RWA based. This will mean that this new Basel agreement will increase the loss absorbing capital layer. An increase which will have an impact on the banks’ lending capacity. As the EU Capital Markets Union is far from complete, banks will remain the main lenders on the market. At the same time, lending needs are only increasing due to the major challenges Europe faces. For example, in the EP draft report on sustainable finance from this February, mention is made to an annual investment in sustainable infrastructure of 4.7 to 6.7 trillion Euro for many years to come. I therefore see a severe risk that when MREL requirements are set too high and without proper consideration of the new Basel requirements, this could harm European banks in their role of support to the real economy.

How the BRRD review enhance the legal clarity and certainty for depositors and investors, in your views?

For resolution purposes the BRRD makes a separation between larger and smaller banks on the grounds of their impacts for the economy. Small banks that fail will be dealt with under national insolvency law. Larger banks will go in recovery and when failing in resolution under the ‘European’ Single Resolution Mechanism. In both cases retail and SME depositors will be protected up to € 100.000 via national deposit guarantee schemes (DGS).

For investors the creditor hierarchy is relevant. The absence of a common rule in place in the hierarchy of creditors for senior unsecured debt in the ‘old’ BRRD made nearly all debt eligible for bail-in. An unwanted situation which forced several Member States to legislate this nationally. As part of the review, a new creditor hierarchy has already been agreed and will be transposed in national laws in 2018. Under this new ruling, a new class of MREL eligible debt will receive a separate position high in the creditor hierarchy but below senior secured debt. Banks will be able to issue their MREL liabilities in this layer, thus giving investor clarity. I believe this is an important improvement to ensure sufficient MREL (and TLAC) can be issued by banks.

To what extent does the BRRD review, takes into account the diversity of the co-operative model? Is proportionality enough?

The BRRD requires resolution authorities to take into account proportionality and different legal structures. However the BRRD is not written with explicit consideration of the co-operative banking model. I note that the Council and some MEPs, when reviewing the proposal of Commission of November 2016 are requesting for amendments in the BRRD to reflect specific elements of co-operatives.

But we should not forget that recovery and resolution is a new framework for supervisors. We therefore see that resolution authorities have difficulties with fitting the co-operative model in the resolution framework. Implementations differ in various Member States but also across borders for the international active larger Cooperatives. This is not strange as the insolvency legislation is the national discretion of the member states and a key element in the drawing-up of the recovery and resolution plans by the resolution authorities.