EACB's Monthly Interview - On the Austrian Presidency of the Council 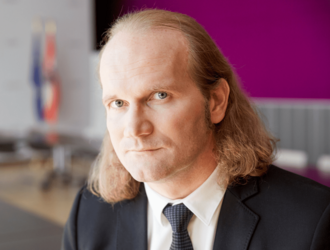 Since 1st of July, Austria holds the Presidency of the Council of the European Union. What are the main priorities of this Presidency related to the financial services sector?

In the field of financial services, the Austrian Presidency will focus on measures that allow for further risk reduction. In this regard, the Risk Reduction Measures package (RRM package) merits emphasis. This package contains central elements for instance criteria for determining and implementing MREL and measures for the implementation of Basel III as a binding leverage ratio and a binding net stable funding ratio. Both are designed to have a positive effect on stability in the banking sector. Of particular importance are also proposals for improving proportionality in the banking sector so to design a governance and supervisory system which better fits the diversified business models in the EU. A further area of risk reduction to which we give high priority concerns the proposals to address the European non-performing loans (NPL) problem, as the large amount of NPL in some countries hampers the institutes’ capacity to lend and negatively affects their profitability.
A second focus of our work in the financial services sector concerns the Capital Markets Union. Here, the European Commission published an expansive action plan in 2015, which contains numerous legislative measures, some of which are still open and under intensive negotiation. Among them, there is the proposal for the creation of an EU legal framework for a pan-European personal pension product (PEPP), which constitutes a simple, yet simultaneously innovative private pension product. Additionally, the European Commission has published a large number of further legislative proposals within the framework of the Capital Markets Union: Of note are the areas of FinTech and sustainable finance, for the latter of which a broad action plan was published and legislative proposals on the taxonomy and the duties of institutional investors followed end of May. Yet, the proposal on the regulation of covered bonds is also of particular interest, as this directive shall create a harmonised legal framework without endangering existing national rules.
Finally, we all know that "Brexit" takes place on 29th March 2019. An agreement has to be reached until autumn this year to be ready for the exit of the largest financial centre in Europe. In general, almost every file is directly or indirectly connected to the Brexit.

This year the 200th Anniversary of Friedrich Wilhelm Raiffeisen is celebrated in Europe and around the world to pay tribute to one of the funder of the co-operative movement. In Austria, there is a long co-operative (banks) tradition. How do you see this sector in the context of the banking union?

The co-operative banking sector has without any doubts still its place in the banking union and it will continue playing an important role especially for financing SME’s business. The current regulatory challenges are more related to implementing the single rule book than with Banking Union. That is why the current discussions on better incorporating the principle of subsidiarity into the regulatory framework and granting proportionality are the right way forward to better align regulatory requirements with specific business models. But it is also relevant for the future that the co-operative sector adapts to future challenges posed in particular by digitalisation.

At Europe-an level the finalization of the review of the Capital Requirements regulation is negotiated. What are the priorities for the Council?

The priority of the Council is to achieve a political agreement with the European Parliament under the Austrian presidency. Of key importance for the Council will be to agree on a balanced package on CRR/CRD and on the BRRD-amendment to achieve further risk reduction in the banking sector and to implement international standards by adequately taking into account European specificities.