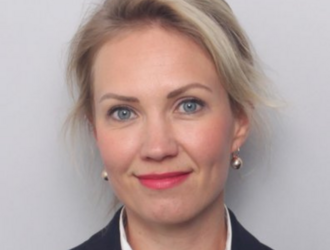 Beginning of March, the EFRAG General Assembly announced the members of its new Sustainability Reporting Board and thereby made the Board operational. With the appointment of Ms Annina Tanhuanpää of the Finnish co-operative bank, OP Financial Group, to represent the European banking industry, the EACB underlined its commitment in providing technical expertise in the EFRAG standard setting.

The European Association of Co-operative Banks (EACB) is delighted that the new EFRAG Sustainability Reporting Board will start its works and in particular appreciates that Ms Annina Tanhuanpää of the Finnish co-operative bank, OP Financial Group, has been appointed to represent the European banking industry. Her nomination was jointly put forward by the EACB, European Banking Federation (EBF) and the European Saving Banks Group (ESBG).

Nina Schindler, EACB Chief Executive Officer, commented: “The EACB warmly welcomes Annina’s appointment and is proud that the co-operative banking networks could present such a high-level leadership profile. We are convinced that Annina is an excellent choice: her profile combines in-depth knowledge of ESG reporting and of the banking business with political awareness. I wish Annina and the whole new EFRAG Board much success in achieving the EU targets under a tight timeframe”.

The EACB is intensely involved in providing technical expertise and feedbacks to the EFRAG’s consultations on sustainability reporting thanks to the support of specialised working groups composed of member banks experts.