2019 consolidated results of the BVR Cooperative Financial Network: solid basis for dealing with the challenges of the coronavirus crisis 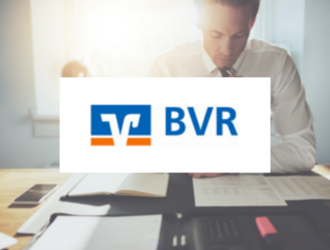 15.07.2020 - In 2019, the Volksbanken Raiffeisenbanken Cooperative Financial Network increased its consolidated profit after taxes to €7.0 billion. This strong growth compared with the prior-year figure, which had amounted to €5.4 billion, was primarily attributable to favorable capital markets effects and to the insurance business, whereas traditional banking business made a slightly smaller contribution to profit than in 2018. Given the ongoing policy of low interest rates and the still substantial adverse impact of regulatory requirements, this represents a good result. The Cooperative Financial Network’s loans and advances to retail and corporate customers went up by 6.2 percent to €844.6 billion. There was further growth in deposits from customers, which swelled by 4.5 percent to €880.4 billion. The Cooperative Financial Network significantly increased its balance sheet equity by 7.7 percent to €116 billion. This level of capital ensures that it has the necessary resilience to deal with the challenges presented by the consequences of the coronavirus pandemic, which are still hard to predict.

The fallout from the pandemic is the predominant influence on 2020. As always, the cooperative banks have been helping their customers during this difficult phase. In the period March to June 2020, the monthly increases in the volume of loans and advances to retail and corporate customers were around 40 percent higher than the corresponding increases in the months before the virus outbreak. Overall, the cooperative banks have awarded around €17 billion more loans and advances since the start of March. "Times of crisis reveal which banks are there for their customers," states Marija Kolak, President of the Bundesverband der Deutschen Volksbanken und Raiffeisenbanken (BVR) [National Association of German Cooperative Banks].

"It would be a very good idea to extend the scope of KfW’s existing development program ERP-Kapital für Gründung (ERP Capital for Start-ups) - a subordinated loan for entrepreneurs and start-ups with 100 percent exemption from liability - so that it is available to all small and medium-sized enterprises in an amount of up to €800,000," recommends Kolak. She explains that companies weakened by the coronavirus pandemic are increasingly requiring government support in order to strengthen their equity. "Politicians therefore need to introduce the option of a tax loss carryback and to increase the volume of long-term equity investments and government-backed guarantees for small and medium-sized investment companies," adds Kolak.

On July 17, EU heads of state and heads of government are meeting to discuss the European recovery plan. Germany recently took over the presidency of the Council of the EU, and Kolak hopes that the participants will quickly reach a compromise. She sees the plan as another key pillar of the economic recovery. However, the subsidies granted should be subject to certain requirements and conditions. Kolak believes it is important not to lose sight of the aims of using the funds in a targeted manner and repaying the funding raised in the capital markets far earlier than by 2058.

Consolidated financial results for 2019 in detail

The annual consolidated financial statements of the Cooperative Financial Network, prepared in accordance with International Financial Reporting Standards (IFRS), provide information on the 2019 financial year of the 841 local cooperative banks, Sparda banks, PSD banks, and other cooperative specialized institutions as well as the DZ BANK Group and Münchener Hypothekenbank. In 2019, the Cooperative Financial Network generated net interest income of €18.2 billion, which was down slightly compared with 2018. This decrease, which was primarily attributable to the European Central Bank’s policy of low interest rates and the related deterioration of margins, was mitigated by the growth of lending. The net fee and commission income of the Cooperative Financial Network rose by 4 percent to €7.1 billion, the main sources of which were payments processing and the securities brokerage business. At €5.7 billion, the cooperative banks made the largest contribution to net fee and commission income. In absolute terms, the reduction in net interest income was more than offset by the increase in net fee and commission income. Loss allowances, which are determined in accordance with IFRS 9, amounted to a net addition of €832 million in 2019 owing to the change in the general level of risk and an adjustment to the method of calculation. In 2018, there had been a very small net addition to loss allowances of €151 million.

Administrative expenses were almost unchanged year on year at €18.1 billion. Staff expenses again accounted for a large part of these expenses (€10.1 billion), while general and administrative expenses accounted for €7 billion. The cost/income ratio was much better, falling from 69.5 percent in 2018 to 62.2 percent in 2019. The improvement in business performance meant a high level of taxes, which are paid directly to the individual local governments due to our decentralized structure. Income taxes climbed by €800 million to €3.1 billion in 2019, of which €2.8 billion constituted current income taxes. Overall, the Cooperative Financial Network’s consolidated net profit after taxes increased by around 30 percent to just over €7.0 billion (2018: €5.4 billion). Consolidated total assets amounted to €1,384.1 billion as at December 31, 2019.

Equity rose by a healthy 7.7 percent to €116 billion. The increase in capital was again mainly due to the retention of profits by the local cooperative banks, which continue to hold around 85 percent of equity. This also includes growth in the shares in cooperative banks of €549 million. From autumn 2020, the financial strength of the institutions in the Cooperative Financial Network will allow them to make a distribution to their members from the healthy level of earnings for 2019.

The Tier 1 capital ratio including the reserves in accordance with section 340f of the German Commercial Code (HGB) fell slightly, by 0.1 percent, over the course of the year to stand at 15.5 percent as at December 31, 2019. The leverage ratio, which is the ratio of Tier 1 capital to the total volume of business (again including the reserves in accordance with section 340f HGB), remained unchanged at 7.8 percent and thus continues to be higher than at many other banks. The financial strength of the Cooperative Financial Network has also been affirmed by external parties. Both Standard & Poor’s and Fitch Ratings continue to rate the Cooperative Financial Network as AA-. This also compares very favorably with the credit ratings of European peers.