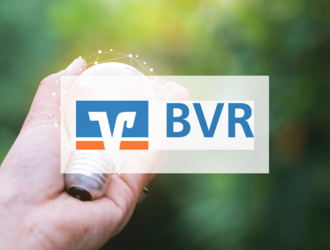 The Volksbanken Raiffeisenbanken Cooperative Financial Network did more in the area of corporate social responsibility (CSR) than ever before last year. The local co-operative banks and their specialized institutions provided financial assistance totaling €145 million to people in Germany in 2017, thereby setting a new record. Donations from the Volksbanken Raiffeisenbanken and other co-operative banks reached €106 million and local communities benefited from sponsorship worth €30 million; income from charitable foundations added a further €9 million. Children and young people are the main beneficiaries of the Cooperative Financial Network’s CSR activities. At €301 million, the amount made available to charitable foundations exceeded the €300 million mark for the first time to reach a whole new level. To put that into context, the equivalent amount for 2010 was only around €140 million.

The Bundesverband der Deutschen Volksbanken und Raiffeisenbanken (BVR) [National Association of German Cooperative Banks] and the Aktive Bürgerschaft foundation conduct a joint survey every year to record the key CSR figures of the Cooperative Financial Network. “We cannot let the state and therefore the taxpayer shoulder the entire burden. Businesses, associations, and individuals should also see it as their duty to help our country by supporting social causes and providing financial assistance. Companies and banks have a legitimate right to target profits, but they should always fulfill their responsibility as corporate citizens at the same time – not because it is prescribed by law but because it is the right thing to do. In tangible terms, this means that they have to help people. Our CSR figures for 2017 demonstrate how we are putting into practice the cooperative values that we feel so strongly committed to,” says Marija Kolak, President of the BVR.

Special features put the focus on creativity
The Cooperative Financial Network’s annual CSR report summarizes all charitable and community-focused activities and provides many different examples of how the local cooperative banks are helping people in their respective regions. The 2017 CSR report puts the spotlight on projects aimed at encouraging creativity. This includes everything from inhouse theater performances and forest excursions to exhibitions of works by prominent artists. The report also takes a closer look at the annual international youth competition ‘jugend creativ’, which is organized by the cooperative banks in Germany, Finland, France, Italy (South Tyrol), Luxembourg, Austria, and Switzerland. Currently, ‘jugend creativ’ attracts more than 700,000 submissions a year (including over 500,000 from Germany), making it one of the biggest youth competitions of its kind in the world.

Direct link to the full report in German.