EACB Position Paper on ECB Report on a digital euro 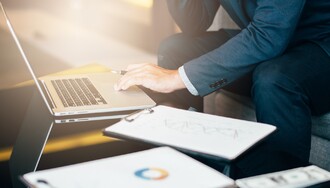 The EACB appreciates the opportunity to comment on the ECB Report on a digital euro, which is part of a global discussion about Central Banks Digital Currency (CBDC). We realize that the ECB is at cross-roads. On the one hand, the ECB has long been aware of the risks related to the CBDC. In particular, a CBDC could structurally disintermediate the banking system.1 In addition, in a crisis situation, CBDC could trigger digital bank runs of unprecedented speed and scale, magnifying the effects of such a crisis.2 On the other hand, the rising number of stablecoins as well as the experiments with CBDC by other central banks are pushing the ECB to consider its own CBDC – a digital euro. Given that the ECB may have limited policy options to regulate international stablecoins, issuing a digital euro may be a relatively effective way to police stablecoins by exerting competitive pressure on them thanks to offering an alternative and leveraging on its price stability and available safety nets. A digital euro may also be necessary to prevent stablecoins and/or platforms from dominating the payments system.

The EACB welcomes the ECB’s approach to introduce a digital euro only if it fulfils the financial stability requirements. As Yves Mersch has observed, ‘[t]he ECB’s debate on CBDCs is […] mainly analytical. Whether and when it becomes more of a policy debate will largely depend on the preferences of households. ... The lack of a concrete “business case” for a CBDC at present should and does not stop us from seriously exploring the optimal design of a CBDC so that we will be well prepared should we ever take a policy decision to issue a digital currency.

We will only introduce a digital currency if we become firmly convinced that it is both necessary and proportionate to fulfil our tasks in ensuring the stability of our currency.

We share ECB’s concerns concerning CBDC’s impact on the financial system and its stability as well as the lack of a business case. As it is not sufficiently understood, it needs much more research and requires an intensive debate with all stakeholders including banks. The ECB’s decision to issue a digital euro will require assessing the value of opportunities to further pursue its objectives, balanced against any risks. The most valuable opportunities that encourage issuance will be where a digital euro can support a central bank’s public policy objectives. Other opportunities abound (e.g. reducing illegal activity, facilitating fiscal transfers or enabling “programmable payments”), yet unless these have a bearing on a central bank’s objectives, they should be secondary considerations.