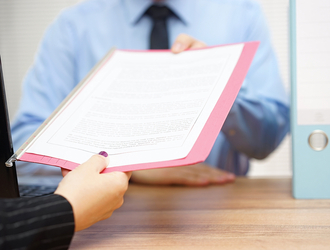 The EACB welcomes the opportunity to comment on the EBA draft RTS Specifying the determination by originator institutions of the exposure value of synthetic excess spread pursuant to Article 248(4) CRR, as amended by Regulation (EU) 2021/558 (as part of the Capital Markets Recovery Package – CMRP – launched in the wake of the Covid-19 pandemic).

We appreciate the aim to prevent regulatory arbitrage, however we believe that the approach proposed does not achieve such an objective. It should be refocused on future excess spread exceeding the expected loss of the securitized portfolio and should also better reflect the reality of banks with typically smaller portfolios. In addition, a level playing field should be safeguarded between synthetic and traditional transactions.

Q13: Do you have any other comments on these draft RTS?

As indicated in the consultation paper, Synthetic Excess Spread (SES) is considered a securitisation position subject to capital requirements under the CRR, because of concerns regarding the regulatory arbitrage that SES may imply.

However, we note that the approach designed in the draft of the RTS does not seem to prevent regulatory arbitrage, but it includes elements that might even promote it. In fact, prudent levels of SES are “punished” by high exposure values and subsequently weaker capital relief, while high levels of SES do offer relative lower exposure values for excess spread and subsequently achieve better capital relief.

In our view, this would represent an incentive for regulatory arbitrage than a restriction. This is due to the fact that the exposure value for future excess spread is limited by the total expected losses according to the asset model approach instead of being based on the amount exceeding expected losses.  Increasing excess spread levels would provide substantial credit support to the tranches and therefore strongly improve the risk profile of the tranches. To illustrate this, we would like to refer to the representative transaction on page 25 of the draft RTS. The following table shows that the exposure value does only increase marginally with higher excess spread levels:

As mentioned, this would promote regulatory arbitrage rather than restricting it.

Having in mind the stated aim of both the CRR Quick Fix and the draft RTS, we believe that an approach along the following lines would be more appropriate, economically meaningful and also consistent with the Level-1 text.

Subsequently applying the rules of Chapter 5 for the calculation of the risk-weights of tranches implies that credit support provided by future excess spread is already considered in the risk weighting of tranches for traditional securitizations. This is supported by the fact that SEC-SA and SEC-IRBA effectively assign a multiple of the risk-weighted assets of the underlying portfolio to the various tranches according to an exponential function, therefore already considering the expected loss of the underlying portfolio.

We therefore would consider it to be economically meaningful and in line both with the Level-1 text and the intentions of the legislators to focus on future excess spread exceeding the expected loss of the securitized portfolio (plus past/current excess spread which is already considered in the income statement/balance sheet) for calculating the exposure value instead of the future excess spread up to the expected loss. In our view such an interpretation would also better serve the goal to prevent regulatory arbitrage by requiring risk-weighing of excessive future synthetic excess spread.

Finally, the current draft has an excessive undue punitive effect on smaller banks by requiring substantial risk- weighting for prudent levels of synthetic excess spread: due to their smaller loan books both in size and number of positions, securitized portfolios are often longer in average life and therefore more dependent on excess, while a prudent level of excess spread is economically justified. Also securitized portfolios of smaller banks are often more focused towards SMEs, which could reveal a riskier profile, generating higher income, having higher expected losses and again as a result being more dependent on a prudent level of synthetic excess spread.

In case the approach currently taken in the draft RTS is nevertheless maintained, we would also like to note the following.

There is an evident lack of a grandfathering or phase-in provision for existing transactions. Existing transactions structured with excess spread will become uneconomic and even lose their complete RWA relief in the worst case (especially EIF structures include excess spread and a retained first loss tranche that have the risk of falling below 1250% RW with future excess spread inclusion in SEC IRBA formula and thus not be capital deducted anymore but with high RWAs to be considered).

This could trigger a high number of regulatory calls. The consequence will be a big negative effect from loss of capital relief for many European banks in a difficult environment at effectiveness of the proposed paper if the future excess spread calculation is not reconsidered.

This would again be especially burdensome for smaller banks as due to typically smaller transaction sizes and often longer WALs of securitized portfolios sunk costs due to regulatory calls would be higher from a relative perspective.

For further information or questions on this paper, please contact: