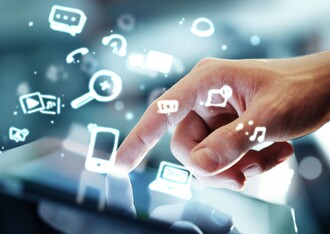 The EACB welcomes the opportunity to provides its position with respect to the European Commission’s work under the Capital Markets Union 2020 action plan (Action 16) “…towards an enhanced single rulebook for capital markets by assessing the need for further harmonisation of EU rules and monitoring progress towards supervisory convergence”.
From a general perspective, we see that the current mandates of the European Supervisory Authorities already contain all necessary tasks and powers to contribute to the stability and to the well-functioning of the financial system. It is of utmost importance that when exercising a mandate the ESAs do not exceed their legal power, which is based on the relevant Level 1 texts. We have noted instances where the European Commission is increasingly delegating the core of its legislation beyond technical requirements via the Level 2 and 3 measures. For example, the risk reduction measures package from 2019 alone provided around 100 new mandates under CRR II/ CRD IV/ BRRD II for the EBA.
At the same time, in some very specific areas there is room to include some additional competences, especially regarding ESMA’s direct supervisory powers in the area of ESG services providers.
Regarding ESMA, we would support an extension of its direct supervisory powers in the following fields:-
 ESG services providers: There is a need in particular for more transparency on the methodologies used by the rating providers and for homogenization of analysis criteria by ESG rating agencies. This would contribute to reducing financial institutions’ reliance on ESG agencies. It is also an opportunity to support the rise of EU actors on that market.
 Significant benchmarks: Regulation imposed on financial market participants (FMPs) on the use of significant benchmarks has allowed benchmarks administrators to significantly increase their costs of access, which has been detrimental for both FMPs and clients. The role of ESMA would be, at least, to monitor the respect of a fair, reasonable, transparent and non-discrimination principle, as it is already the case for critical benchmarks ( Article 22, EU Benchmark Regulation).
Regarding EBA, we believe it could play a more decisive role in supervisory coordination especially in the area of resolution planning, to ensure increased transparency and accountability of the process and decisions of resolution authorities. We elaborate further on this under Q 1.4.6.
To summarise, we would highlight the following:
 the tasks of the ESAs are sufficient and their budgets should remain stable;
 the Level 2 regulation should be limited to genuinely technical matters, in order to preserve an adequate level of political accountability;
 the powers to issue guidelines should continue to be based on a specified delegation of powers in individual articles of the relevant EU legislation and applied moderately.
Please download our position paper for our detailed answers to the consultation.