EACB comments on the Review of the European Supervisory Authorities 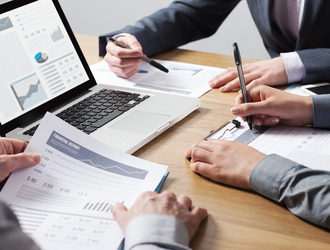 The EACB has closely followed the different ESAs work streams and has pursued to contribute to the fulfilment of their tasks sharing ideas and concerns. It is true that the ESAs work is highly challenging and complex and the ESAs have managed significant achievements.
In this context, the EACB welcomes the efforts of the EC to examine the operations of the ESAs, reframe them and adjust them where necessary, as there are indeed some areas that need improvement and clarification when it comes to the powers of the ESAs and the way they operate. Safe, efficient and competitive financial markets are of key importance to the EU, and even more so with the challenges linked to the Brexit.

Having said that, in our view, some of the EC proposals would make the existing framework more complex without any obvious benefits in terms of integration and/or efficiency. Even if we consider that the EC proposal provides for some meaningful additions to the competencies of the ESAs in some instances where pan-European topics are concerned (such as the direct oversight of ESMA of administrators of critical benchmarks) it should be borne in mind that granting direct and indirect supervisory competences to ESMA, EBA and EIOPA might blur the lines between the supervisory function and the role of regulation setter. However, these roles should be kept distinct to ensure the coherence and the clarity of the European institutional framework. Moreover, enforcing convergence must also take into account the principle of subsidiarity. We consider that Article 114 TFEU, which is used as the legal basis for the Commission’s proposals, is not always sufficient – in particular, with regard to the additional responsibilities and the planned shift of the financing of the ESAs. Moreover, we are not in favour of the funding model proposed by the EC for many reasons including budgetary control. The proposals regarding the governance should be very carefully considered to ensure that national specificities are adequately taken into account in a pan- European context.

In general, we believe that the powers of the ESAs should be defined in a more stringent manner along the principle of conferral so that the limits of their mandates become evident. Their competences, tools (including the nature and use of Q&As), and procedures used to fulfil their role need to be clarified, bearing in mind the original objectives of their establishment. In this context it needs to be ensured that the ESAs do not overstep their respective mandates and that delegated acts, implementing acts, technical standards, guidelines and Q&As strictly comply with the provisions of the Level 1 texts on which they are based. It is of utmost importance that the hierarchy between Level 1, Level 2 and Level 3 is fully respected by all EU authorities involved.

These topics are analysed in detail in the attached document.