The transmission of the monetary policy in the euro area: The role of the banks' business model 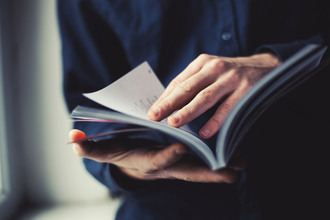 Article co-written by Marco Migliorelli, second to the winner at the 2016 EACB Award and Sandro Brunelli, published on "The Annals of Public and Cooperative Economics / Annales de l'économie publique, sociale et cooperative" (3 August 2016).

Marco Migliorelli is an Economist in the European Commission and a research at the IAE Paris 1 Panthéon-Sorbonne (Sorbonne Business School). He holds a PhD in Banking and Finance. His main research interest include : green finance in europe, cooperative banking, the EU monetary policy, and the relation between bank capitalization and lending.

Sandro Brunelli is an Assistant Professor of Accounting at the University of Rome Tor Vergata. As a scholar, he is active in the field of financial reporting as a whole both in public and private sector. His main research interests are devoted at exploring important issues in the field of accounting for sustainability and regulation. He is also importantly interested in studies concerning fiscal governance, accounting for climate changes, management issues in health care organizations and impacts of financial reporting events on investors.

This paper sheds some new light on the incidence of the banks’ business model as a component of the bank lending channel in the euro area. Differently from existing literature, the analysis is led on the basis of the two main macroeconomic regions that today characterize the euro area: its north-east (German-centric) and south-west halves. The observation period is 2008–2013, mainly featured by the financial and economic crisis. The empirical findings evidence that in the north-east half of the euro area the cooperative banks leveraged the effects of the reduction in the interest rates in terms of new lending. In this respect, they differentiated from commercial and savings banks, which showed a more neutral impact on the transmission of the monetary policy decisions. These results highlight the distinctive role of the cooperative banks in terms of credit provision in Germany and in the whole north-east half of the euro area. Nevertheless, this cooperative banking effect did not emerge for the south-west half of the continent, particularly hit by the crisis. This may suggest that the bank's business model tend to be neutral to the transmission of the monetary policy in economies characterized by prolonged recessions.