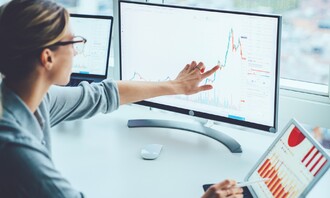 With regard to the practical impact, the EACB would appreciate Commission’s efforts to clarify:
• the treatment of deferred taxes;
• whether the Commission considers approving that the complex calculations using the formula of ETR are not made for jurisdictions in which a MNE group shows an ETR of 15% or more in its country-by-country report;
• how the Commission is going to take into account the fact that the transposition of Pillar 2 would entail the establishment of new "GloBE company codes";
• which standard of calculation should be used, i.e., whether the MSs would be allowed to prescribe the valuation of assets according to national rules;
• whether a “whitelist” could include countries that already have in place sufficient taxation and for which an application of the minimum tax could thus be omitted;
• whether the “de minimis rule” could be applicable once the joint venture and its joint venture affiliates would meet the requirements for this rule.

Regarding the text of the proposal:
• we doubt that the concepts of an Ultimate Parent Entity established in the EU (UPE) and an Intermediate Parent Entity (IPE) are clearly established;
• we would encourage to consider an alignment of “participation exemption” with the notion of “parent company” as stated in Article 3 point 1 (a) of the EU Parent-Subsidiary Directive;
• as regards joint operations, it would be appropriate to clarity whether the special rules for joint ventures do not apply to joint operations in which at least 50% is held.