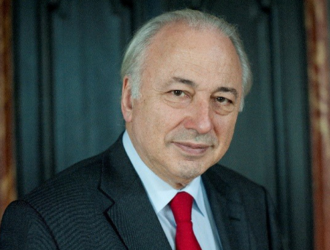 Dear Mr. Gauzes, you are the President of the EFRAG, can you please tell us what are the mission and objectives of your organisation? Recently, the EFRAG released its Annual Report, what were the main achievements in 2016?

The European Financial Reporting Advisory Group (EFRAG) was established to serve the European public interest by developing and promoting European views in the field of financial reporting and ensuring these views are properly considered in the IASB standard-setting process. One of our responsibilities is to provide advice to the European Commission on whether newly issued or revised IFRS meet the criteria for endorsement for use in the EU. This includes assessing whether endorsement would be conducive to the European public good. However, we are actively influencing the development of new standards at all stages.
"2016 was a productive year."
It was our 15th anniversary and our new leadership team was appointed, Andrew Watchman as CEO and myself as President. EFRAG was active in the international stage, representing the European voice in the debate. We worked on some key subjects, such as the IASB’s projects on the Conceptual Framework and Financial Instruments with Characteristics of Equity (FICE), some IFRS 9-related issues and the endorsement advice on IFRS 16 Leases (and the impact analysis as part of the European public good assessment).
I would say that we also strongly enhanced our research activity, leading the debate with evidence-based research and innovative thinking. Examples are our studies on Goodwill and on Dynamic Risk Management.

What are the EFRAG priorities for the coming months and beginning of 2018?

In the Autumn, we intend to finalise our position on the IASB Discussion Paper on Principles of Disclosure as well as on materiality. We will be quite active with the preparation for the endorsement advice on IFRS 17 awaiting the EC request.
EFRAG’s own initiative research work on long term investment and accounting for equity instruments is also a high priority. This will assist the EC in assessing the possible effects of IFRS 9 on promoting long term investment. EFRAG will progress its proactive research work on relevant issues for Europe such as research on pension plans and impairment of goodwill, and provide early stage input to the IASB’s longer term projects.
We also look forward to working with our member organisations and learning from them to strengthen our communication strategy.

How do you see the role of banks and co-operative banks within the EFRAG?

The EFRAG Board, which decides on all EFRAG positions, has two banking seats for which the three European banking associations (EACB, EBF, and ESBG) coordinate the nomination of the EFRAG Board members. The banking industry is therefore well represented in our Board and participates fully in the debate. Also some of the members of EFRAG TEG and almost half of the members of the EFRAG Financial Instrument Working Group have a banking background. Furthermore, the EACB’s General Director is an influential member of the EFRAG General Assembly Nominating Committee.
EFRAG’s work covers many areas that are highly relevant for the banking industry, including cooperative banks. Our proactive work on IFRS 9 is one example. Another is working with the EACB to draw attention to the importance of ‘IFRIC 2 Members’ Shares in Cooperative Entities and Similar Instruments’ or the sector in the context of the IASB’s ongoing project looking at Financial Instruments with Characteristics of Equity.
"We have a common interest in high quality
financial reporting
that serves European stakeholders."
I appreciate very much the contributions of representatives of the banking industry - not only on technical matters, but also for their valuable economic and political insights. We have a common interest in high quality financial reporting that serves European stakeholders.

Dear Ms. Ferrand, as the CFO of Confédération Nationale du Crédit Mutuel, you are a member of the International Financial Reporting Standards (IFRS) Advisory Council. Could you please tell us what are the main activities and objectives of the Advisory Council?

Since autumn 2015, I represent the International Co-operative Alliance (to which the EACB is a member) on the IFRS Advisory Council. The IFRS Advisory Council provides a forum for participation by organisations and individuals, with the main objectives of giving advice to the International Accounting Standard Board on agenda decisions and priorities in the IASB’s work ; and informing the IAS Board of the views of the Advisory Council on major standard-setting projects.
The Council does not debate details of technical proposals but looks at major technical projects from a strategic perspective.

What are the IFRS Advisory Council priorities for the coming months and beginning of 2018?

The IFRS AC shall normally meet at least 2 times a year. The topics announced in the agenda are very diversified. For example, in the last session, we have discussed on: financial stability and the IFRS Foundation ; the key events of the board, the Trustee and the Foundation since the precedent meeting ; education initiative ; better communication – principles of disclosures ; developments in wider corporate reporting.
The agenda depends on the IFRS Foundation Work plan. For the year 2018, several matters are going to be discussed, most of which are part of basic principles of accounting, such as “Accounting Policies and Accounting Estimates (Amendments to IAS 8)”, “Classification of Liabilities (Amendments to IAS 1)” or “Conceptual Framework”.

Why is it so important for co-operative banks to be represented in the IFRS Advisory Council?

"The cooperative’s specificities must be
defended as soon as possible."

Only 12 of the 48 IFRS Advisory Council members are preparers. It is essential to defend the position of the co-operatives, since our interests are not the same of the regulators, the auditors, the standard setters or the investors, which are also members. The cooperative’s specificities must be defended as soon as possible. However this objective is difficult to reach because the IFRS standards must be applied to all economic sectors (unless exception) and to all legal forms. Among future topics , “Classification of Liabilities (Amendments to IAS 1)” or “Conceptual Framework” are sensitive for the co-operatives and could be disturbing for the co-operative shares. As a matter of fact, IFRIC 2 illustrates well this point .
The IFRS standards are not fixed in time. The IAS Board is required to conduct a Post-Implementation Review (PIR) of each new Standard or major amendment. A PIR normally begins after the new requirements have been applied internationally for two years, which is generally about 30 to 36 months after the effective date. In addition to PIRs that respond to a new IFRS or major amendment, the IASB may decide to conduct a PIR in response to changes in the financial reporting environment and regulatory requirements, or in response to concerns about the quality of an IFRS that have been expressed by the Advisory Council, the Interpretations Committee, standard-setters or interested parties. The IFRS standards evolve unceasingly to adapt to the new needs. Thus their follow-up must be permanent.