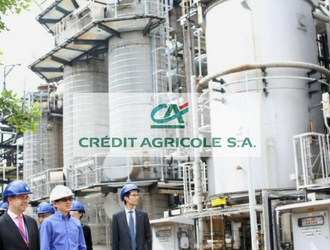 "It made sense to beef up banking sector regulations in the aftermath of the 2008 crisis. Yet continually raising capital requirements could interfere with banks’ ability to lend to the economy.

In France, banks provide between 60 % and 80 % of financing to the economy, and outstanding loans climbed 3.9 % in 2015 to hit a record €2.1 trillion. They supply a far greater share of funding than in the USA, whose economy is chiefly funded through the capital markets and features extensive use of loan securitisation, including on the now-notorious subprime segment.
France’s banks, then, have shouldered the responsibility of funding the economy. After massively increasing their capital and liquidity, they are financially sound. And their resilience is regularly demonstrated through stress testing.

However, I am deeply concerned about the work around the “Basel IV” measures currently being conducted by supervisors within the Basel Committee."