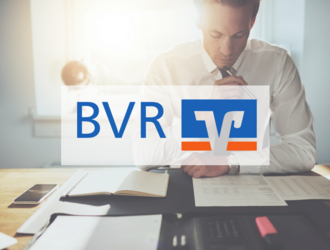 In 2017, the 915 local cooperative banks, PSD banks, Sparda banks, and cooperative specialized institutions delivered a healthy operating performance and are expected to report an operating profit including gains and losses on valuation of €7.3 billion. "Rigorous efforts to manage costs combined with the significant growth in business enabled them to maintain operating profit at the prior-year level against a challenging backdrop of persistently low interest rates, fierce competition, and increasing regulatory requirements," explains Marija Kolak, President of the Bundesverband der Deutschen Volksbanken und Raiffeisenbanken (BVR) [National Association of German Cooperative Banks]. The cost/income ratio improved to 67.4 percent, compared with 68.2 percent in 2016. Moreover, the local cooperative banks' net income for the year after taxes and after the addition to the fund for general banking risks held steady and is predicted to be €1.6 billion.

"It is important to me that economic and financial policymakers show a stronger commitment to Germany as a financial center," says Kolak on the day before the election of the Federal Chancellor and the swearing-in of the cabinet in Berlin. "Small and medium-sized institutions play a particularly important role and carry a great deal of responsibility for the real economy and for people. Regional small and medium-sized enterprises need strong local banks." Kolak is therefore encouraged that, in the coalition agreement, the ruling parties showed support for nuanced regulation of the financial markets that takes account of the business model, size, and lower risk of regional banks. "Relieving regional banks of bureaucracy and excessive reporting requirements is the right and proper approach," she adds. "But this now needs to be put into practice."

According to Kolak, the new finance minister will bear a huge responsibility: "This includes protecting the interests of savers in Germany. The mutualization of Europe's deposit insurance systems is unlikely to be in their interests." Commenting on Brexit, Kolak says: "A smaller European Union (EU) must strive to reduce its spending. Handing over more money to the EU without any conditions – as set out in the coalition agreement – is the wrong strategy."

Performance of the local cooperative banks as at December 31, 2017 here