Crédit Agricole results for the year 2019 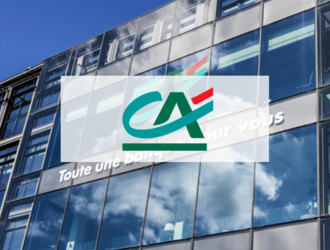 The Group's performance this year is on based the implementation of the three pillars of the Group Project. With regard to the Customer Project, the customer net promoter score at LCL and the Regional Banks increased (by +8 points and +5 points), innovative offerings were launched (EKO, LCL Essentiel, Je suis entrepreneur, Yapla), the digital relationship was enhanced, and 500,000 customers were met as part of Trajectoires Patrimoine. Customer capture reached 1 800 000 individual and entrepreneur customers in France and Italy over the year 2019, and net customer capture reached 370 000. With regard to the Human-centric Project, the Crédit Agricole Group was ranked first in financial services in France in terms of diversity by the Financial Times. Lastly, in respect to the Societal Project, a €1 billion Green bond was issued by Crédit Agricole S.A. in October 2019, and a €1.25 billion Green covered bond was issued by Crédit Agricole Home Loan SFH in November 2019.

The Group’s underlying revenues reached €33,790 million in 2019, up +3.0% year-on-year, reflecting the strength of the Universal customer-focused banking model, stable and diversified, and which generates organic growth in all the business lines, thanks in particular to revenue synergies between specialised business lines and distribution networks. Underlying operating expenses excluding SRF are well controlled (+1.7% increase in 2019), while incorporating IT investments in the Regional Banks and investments to develop Crédit Agricole S.A.’s business lines, especially in the Asset gathering business line. Positive jaws of 1.3 percentage points were recorded this year. Underlying cost/income ratio excluding SRF improved by -0.8 percentage point compared to 2018, reaching 63.2% this year and reflecting the Group’s high level of operational efficiency.

The Group's performance can in particular be explained in particular by the implementation of the three pillars of its Group Project, which underpins its Raison d’Etre, “Working every day in the interests of customers and society”: the Customer Project, the Human-centric Project and the Societal Project.