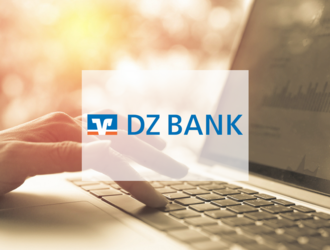 DZ BANK Group reports a profit before taxes of € 1.81 billion

In 2017, the DZ BANK Group again delivered a good operating performance and generated a profit before taxes of € 1.81 billion (2016: € 2.2 billion). The results were underpinned by strong customer business along with very good results in most group companies. The annual financial statements factor in significantly increased allowances for losses on loans and advances in respect of DVB Bank’s maritime portfolio. Nevertheless, the DZ BANK Group’s profit before taxes was within the long-term target range of € 1.5 billion to € 2 billion.

“The results that we have achieved are a sign of the stability and earnings power of our broadly positioned financial services group. We are especially pleased to have further expanded our customer business despite the fierce competition in many areas. At the same time, we completed the post-merger integration activities in December 2017, which was earlier than planned. Overall, we were therefore successful in what proved to be a challenging year,” says Wolfgang Kirsch, Chief Executive Officer of DZ BANK AG.

The DZ BANK Group’s capital situation remains sound. On a fully-loaded CRR basis, the DZ BANK Group’s common equity Tier 1 capital ratio stood at 13.9 percent, up by 0.9 percentage points on June 30, 2017. The decrease compared with the end of the previous year (December 31, 2016: 14.5 percent) was primarily due to changes to the regulatory treatment of investments in insurance companies in the calculation of capital. At the end of 2017, the leverage ratio was 4.4 percent (December 31, 2016: 4.1 percent). Rating agencies Standard & Poor’s and Moody’s confirmed their credit ratings for the cooperative financial network of AA- (S&P) and for the DZ BANK Group of Aa3 (Moody’s). The DZ BANK Group is thus one of the best-rated banking groups in Europe.

Speech of the President Wolfgang Kirsch

Presentation of the annual press conference