Raiffeisen Bank Luxembourg: growth in volumes in the first half 2016 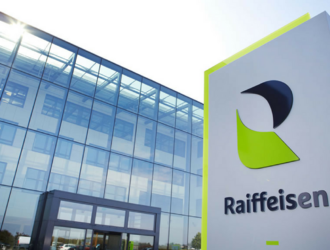 Loans and credits to the economy increased by 2.9%

Opening of a new agency in Kirchberg

Despite an unfavorable environment, Raiffeisen Bank is satisfied with the development of its activities in the first half of 2016.

Compared to 31/12/2015, loans and credits to the national economy increased by 2.9%. Real estate loans and loans to business customers are especially responsible for this increase.

Deposits of individual customers show a pronounced increase of 4% in this first half of 2016. In parallel, the bank reduced proactively the volume of deposits of institutional clients. As a result, total customer deposits increased by 0.6%.

The interest rate historically low and little bearing financial markets led to a revenue decline of 1.3%, mainly as a lesser effect results from financial transactions and commissions. The outcome of interest is declining by 0.1% compared to the first half of 2015. The significant growth in assets was more than offset spread compression.

Operating costs are experiencing a moderate increase of 0.8%, and this despite continuing increase in implementation costs of regulation.

Raiffeisen currently has more than 25,000 members and demonstrate their commitment to the values ​​of the cooperative model. In addition, thanks to the OPERA benefits , Raiffeisen members are entitled to preferential rates and are rewarded for their loyalty and trust. Raiffeisen plans more than € 700,000 for members in OPERA Benefits.

The partnership between POST Luxembourg and Raiffeisen Bank was launched in late February 2016. As part of this partnership, customers benefit CCP - among others - with easy access to a Raiffeisen savings account, the possibility to process their basic operations in most Raiffeisen agencies and  free Vpay withdrawals from the ATM of Raiffeisen network.

Both partners have innovated by providing CCP customers - via CCP Connect - opening entirely online a Raiffeisen savings account, without having to follow the usual steps towards the bank.

The partnership has been very well received by customers and Raiffeisen can record a steady stream of new customers.

The bank launched a new type of savings, the R-TOP savings account that allows customers to benefit, under certain conditions, of a very attractive remuneration on new deposits they place on the account.

The bank opened its new office in Kirchberg, ideally located near the shopping center. In this agency, the focus is on customer advice and the current operations are facilitated by the self-service features.

Regarding the partnership, it is the first implantation at the same address of a Raiffeisen point of sale and a POST stand.

Earlier this year, the bank launched its new website www.raiffeisen.lu. More interactive and intuitive, it allows easier access to information and a more casual way of contact.